Following said exchange, Toney stood by himself, arms crossed and away from his teammates. The look of anger on his face could not be mistaken.

After the game, in which Toney saw just 19 snaps, the 2021 first-round pick took to Instagram to further vent his frustrations.

“No use in having a sports car and not driving it,” a person close to Toney later told NJ Advance Media.

“No, I haven’t seen anything on Instagram yet. (Sr. Vice President of Communications) Pat (Hanlon) briefly explained something to me, I don’t know what it’s in reference to. Look, I’ll talk to all of our players,” Judge told reporters on Friday. “It was more just emotions on the sideline, talking through situations, things going. Our guys have good relationships, they work together. I don’t really see any issue with that right there, so talked with the players involved and they were good.”

Apparently Judge didn’t speak loudly enough when talking to Toney because just moments after his conference call with reporters, Toney was back on social media. Only this time, he was lashing out at the media for sharing his public Instagram post.

Y’all try to turn anything into something, SMH 🤦🏽‍♂️we good over here 💙

Toney, also known as “Yung Joka” in the rap game, didn’t feel his tweet was enough, so he took it a little further on Instagram.

Dana Toney, Kadarius’ father, later reached out to the New York Post and insisted that despite the NJ Advance Media report (with quotes), no one in Toney’s inner circle is upset with his limited playing time.

“We just have to trust the process of the organization — and I’m not wavering from that,” Dana Toney said. “None of that other stuff is true. We enjoyed ourselves at the Meadowlands last Sunday, and I look forward to coming back. The Giants were beautiful toward us. Our team is going to be good.”

Over his first two NFL games, Toney, who missed most of the summer for various reasons and “situations,” has taken just 24 offensive snaps, hauling in two receptions for -2 yards. 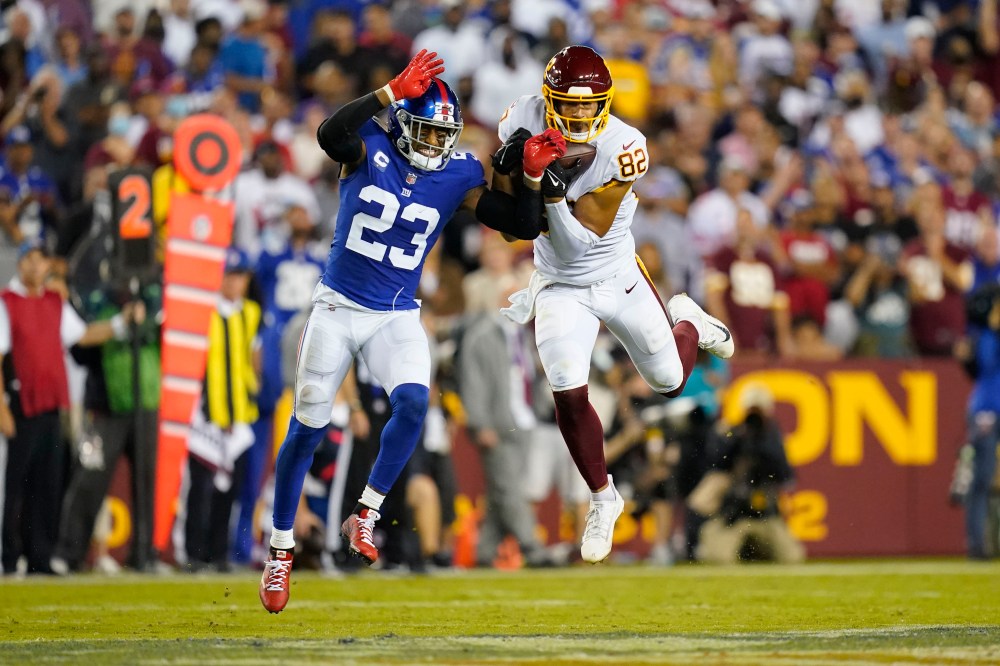