Georgia linebacker Azeez Ojulari was projected by many draftniks to be a top 20 selection in this year’s NFL draft. Then, as happens all too often in the draft, an unfounded concern about an old injury resurfaced and Ojulari dropped out of the first round.

Pro Football Network analyst Tony Pauline tweeted before Round 2 of the draft that Ojulari had “red flags” during his medical exam.

As I reported last week, Azeez Ojulari/Edge/Georgia had a bunch of significant medical red flags (knee/ankle) diagnosed during Combine medicals, which is the reason he’s dropping down draft boards.

“Checked in on the reports about Azeez Ojulari’s knee,” tweeted Duggan. “He tore his ACL as a high school senior and redshirted his first year at Georgia. But he didn’t miss a game in his two active seasons at UGA.

“Source says Dr. James Andrews examined Ojulari’s knee in January and sent a letter to teams saying it was strong and there were no problems with it. Obviously teams did their own exams in Indy, so that could explain his slide. But some team could get a steal on Day 2.”

The Giants loved Ojulari, especially after his pro day where he ran a 4.63 40, put up 26 bench presses and had a 30-inch vertical jump. Like the renowned Dr. Andrews, they saw no signs of any ‘degenerative’ knee or ankle issues.

Still, they rode the wave on Ojulari, even trading back in Round 2 from Pick No. 42 to 50 where they finally selected the edge rusher.

Giants general manager Dave Gettleman said after the second day of the draft that the Giants were “thrilled” to get Ojulari and had no idea why he dropped in the draft.

“Here’s what I’m going to say to you. You have to have confidence in your ability to evaluate players. So you just turn around and people are missing it for whatever reason and it didn’t scare us, that’s for darn sure,” Gettleman said. “You know, it’s kind of the same thing when people cut a player. The instinct is to say what’s wrong. My attitude is maybe they made a mistake. So it’s one of those deals where the fact that Azeez was dropping did not impact us at all in terms of our opinion of his playing ability and what he could do for us.”

Several days after the draft, the Giants are still glowing they got a top 20 talent in the middle of the second round.

“I don’t know where the knee thing came from,” Gettleman said in a WFAN interview on Monday. “We had no concerns with that.”

Time will tell who was right here, but right now it looks like the Giants were one of the smart teams this year at the draft. 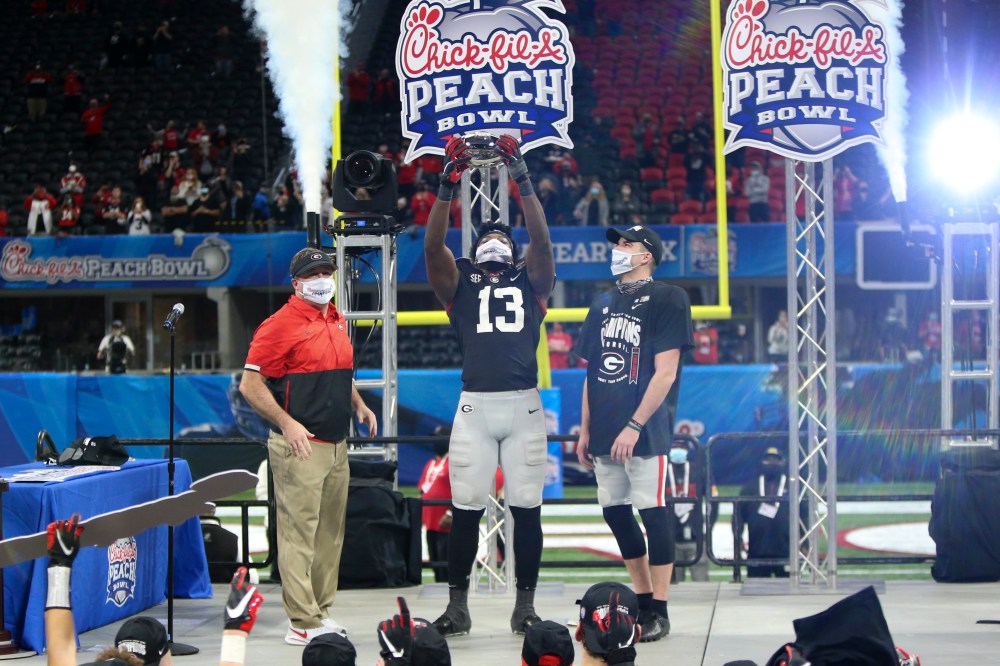