LAS VEGAS – Yana Kunitskaya isn’t the kind of fighter to overlook impending matchups, but she does have an idea of what she might like with a win over Irene Aldana.

The UFC women’s bantamweight contender is very much on board with the idea of facing former champion Miesha Tate, who is returning from retirement later this month after nearly five years on the sidelines.

“Miesha Tate is coming back, so we’ll see what happens after her fight,” Kunitskaya told MMA Junkie at Wednesday’s media session at the UFC Apex. “I really would like that. I saw a video that she called me out, and maybe if we both win this fight, this will be an interesting matchup.”

Kunitskaya (14-5 MMA, 4-2 UFC) has some business to take care of first, facing Aldana (12-6 MMA, 5-4 UFC) on the pay-per-view main card of Saturday’s UFC 264 at T-Mobile Arena. It’s a big one at 135 pounds, with Aldana sitting at No. 6 in the latest USA TODAY Sports/MMA Junkie women’s bantamweight rankings.

Aldana is known for her boxing prowess, but Kunitskaya said there’s not anything that’s causing her any more concern than any other matchup.

Video: Why Conor McGregor might have the advantage over Dustin Poirier heading into UFC 264

“I think she’s a good boxer, but in this level, everyone is very well-rounded,” Kunitskaya said. “So we’re prepared for everything, like always.”

Currently standing at 4-1 in her past five appearances, with her lone loss in that stretch coming to top contender Aspen Ladd, Kunitskaya would certainly be in line for a big fight with an impressive victory. Meanwhile, Tate (18-7 MMA, 5-4 UFC) returns to action at next week’s UFC on ESPN 26 event.

Should they both prove victorious, Kunitskaya believes a matchup with her former Xtreme Couture teammate would make a lot of sense.

“We trained a little bit like worked with each other,” Kunitskaya said. “We rolled a little and worked conditioning, but it’s a fight, you know – it’s not personal. I have so much respect for her, but I really would like to have this fight.

“I really like her personality, and I think she has a big name, and it can be an interesting fight.”

Photos: Yana Kunitskaya through the years 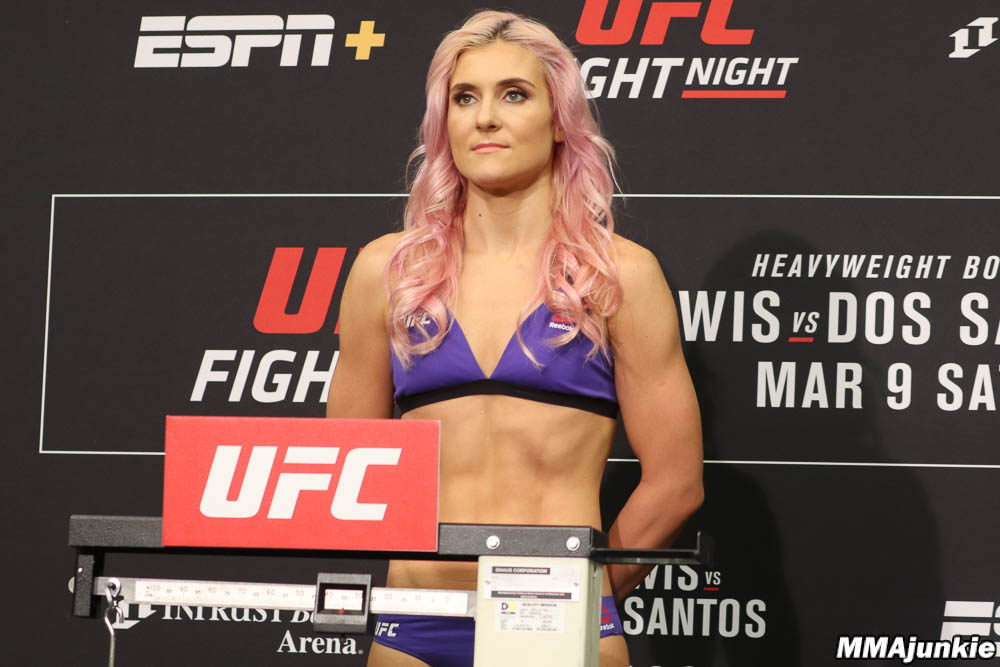