The UFC is back again on Saturday with UFC 258, which takes place at the UFC Apex in Las Vegas with a main card that airs on pay-per-view following prelims on ESPN and ESPN+.

For more on the headliner, as well as the rest of the card, check below for 50 pre-event facts about UFC 258.

Usman enters the event on a 16-fight winning streak. He hasn’t suffered a defeat since May 2013.

Usman is one of three fighters in UFC history to start 12-0 with the promotion. Anderson Silva and Khabib Nurmagomedov also accomplished the feat.

Usman’s 12-fight UFC winning streak is the longest active streak in the company.

Usman is the only welterweight in history to start his UFC career with 12 consecutive victories.

Usman’s 12-fight UFC winning streak at welterweight is the longest active streak in the division.

Usman has earned nine of his 12 UFC victories by decision.

Usman has defended 100 percent of all opponent takedown attempts in UFC competition, which includes 17 total.

Usman’s 12 takedowns landed against Rafael dos Anjos at the TUF 28 Finale are tied for second most in a single UFC welterweight fight. Luigi Fioravanti holds the record with 13 at UFC 82.

Usman has been controlled for just two seconds in UFC competition, the least amount of time in company history for anyone with at least 10 appearances.

Burns is 4-0 since he returned to the welterweight division in August 2019. He’s 5-0 overall when fighting at the weight class.

Burns’ five-fight UFC winning streak at welterweight is tied for the third longest active streak in the division behind Usman (12) and Leon Edwards (eight).

Barber is 2-1 since she moved up to the UFC women’s flyweight division in March 2019.

Barber has earned seven of her eight career victories by stoppage. She’s earned all three of her UFC wins by knockout.

Barber’s two knockout victories in UFC women’s flyweight competition are tied with Valentina Shevchenko and Shana Dobson for most in divisional history.

Grasso has alternated wins and losses over her past seven fights. She was victorious in her most recent bout at UFC on ESPN+ 33.

Grasso has earned all four of her UFC victories by decision.

Gastelum is 3-4 (with one no contest) since he returned to the UFC middleweight division in December 2016.

Jim Miller’s (32-15 MMA, 21-14 UFC) competes in his 37th UFC bout, the most appearances in company history. His 35th lightweight appearance is also a divisional record.

Miller’s total fight time of 5:36:47 in UFC lightweight competition is most in divisional history.

Miller’s 21 victories in UFC competition are third most in company history behind Donald Cerrone (23) and Demian Maia (22).

Miller’s 19 victories in UFC lightweight competition are the most in divisional history.

Miller’s 12 stoppage victories in UFC lightweight competition are second most in divisional history behind Joe Lauzon (13).

Miller’s 10 submission victories in UFC competition are tied with Royce Gracie for third most in company history behind Charles Oliveira (14) and Maia (11).

Miller’s nine submission victories in UFC lightweight competition are most in divisional history.

Miller’s 45 submission attempts in UFC competition are the most in company history.

Miller’s 11 fight-night bonuses for UFC lightweight bouts are tied with Nate Diaz for third most in divisional history behind Cerrone (15) and Lauzon (15).

Rodolfo Vieira (7-0 MMA, 2-0 UFC) has earned all seven of his career victories by stoppage. He’s finished both of his UFC wins by submission.

Anthony Hernandez (7-2 MMA, 1-2 UFC) is the only fighter in UFC history to earn a victory and suffer a loss by anaconda choke submission. 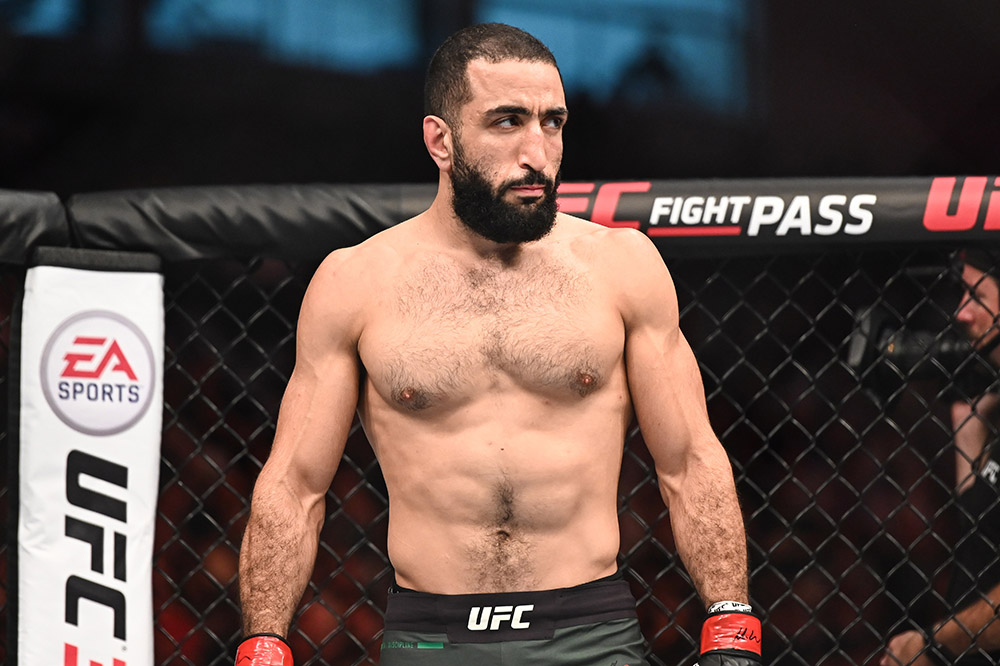 Muhammad has earned 12 of his 17 career victories by decision. That includes six of his eight UFC wins. 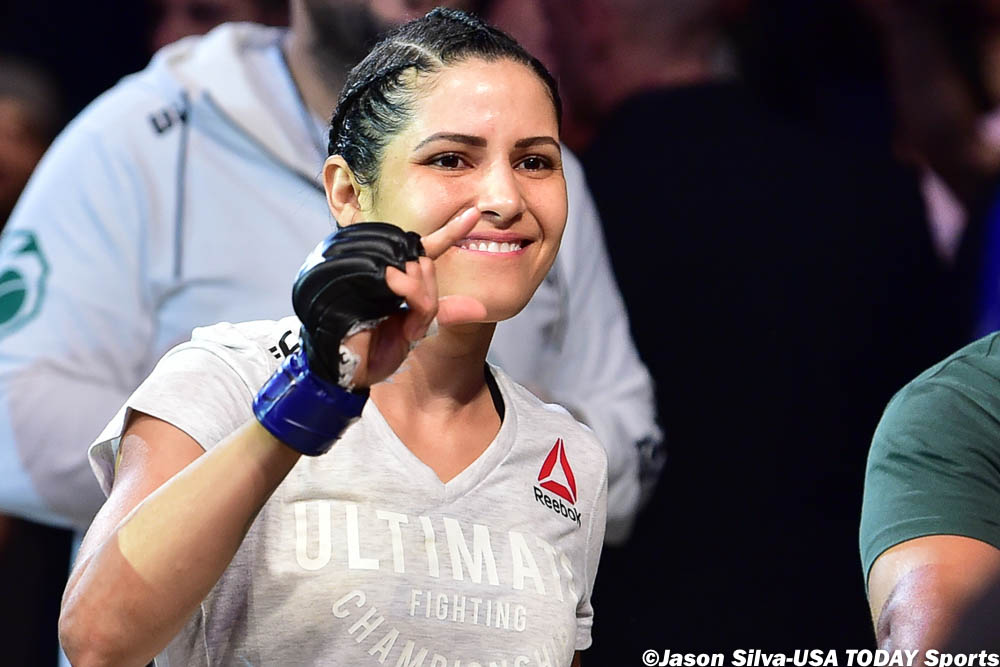 Polyana Viana (11-4 MMA, 2-3 UFC) has earned all 11 of her career victories by stoppage. She’s finished both of her UFC wins by first-round submission.

Simon has landed 33 takedowns in UFC bantamweight competition, the second most in divisional history behind Merab Dvalishvili (41).

Robertson’s six victories in UFC women’s flyweight competition are tied with Shevchenko and Katlyn Chookagian for most in divisional history.