Gilbert Burns is eager to get back in the octagon and is apparently willing to fight way down in the UFC welterweight rankings to make that happen.

Since losing to Kamaru Usman at UFC 258 in February, Burns has picked up a win over Stephen Thompson to get back on track. The Brazilian is one of the most active fighters in the game on social media, and has lobbed callouts as many top fighters since his most recent appearance at UFC 264 in July.

There have apparently been no takers for the No. 2-ranked name in the latest official UFC rankings update. According to Burns, everyone is either booked, busy, injured or unwilling. That leaves No. 8-ranked Magny free.

Magny is coming off a dominant decision win over Geoff Neal at UFC on ESPN 24 in May and is keen to return himself.

That would seemingly align the stars perfectly for a fight. But will it happen? Burns and Magny exchanged some messages this week on Twitter that made it seem hopeful, but evolved into casting some doubt about whether it would happen.

Check out the timeline of the exchange below:

Burns lobbed the first public mention of the fight on Twitter.

Starting to get that itch again… but everyone that I call is busy 🤷🏾‍♂️🤷🏾‍♂️ 👀👀
@NeilMagny??

It only took a matter of minutes for Magny to respond to Burns’ tweet.

Spent all that time chasing clout! I’ve been ready! https://t.co/LLmv9VeRnA

Spent all that time chasing clout! I’ve been ready!

It appears Burns wasn’t fond of the way Magny handled his initial callout.

Magny, who is one of three welterweights in UFC history to reach 25 octagon appearances, says he’s ready to sign up for the matchup.

I needs dates! I can care less about call outs! https://t.co/WV0FFS5azP

I needs dates! I can care less about call outs!

Burns’ latest message show he’s still willing to fight Magny, and tells his potential opponent to take the negotiations behind the scenes with management and the UFC brass.

Have your manager calling the UFC than 🤡 https://t.co/Yd8nOMmIi2

Have your manager calling the UFC than 🤡 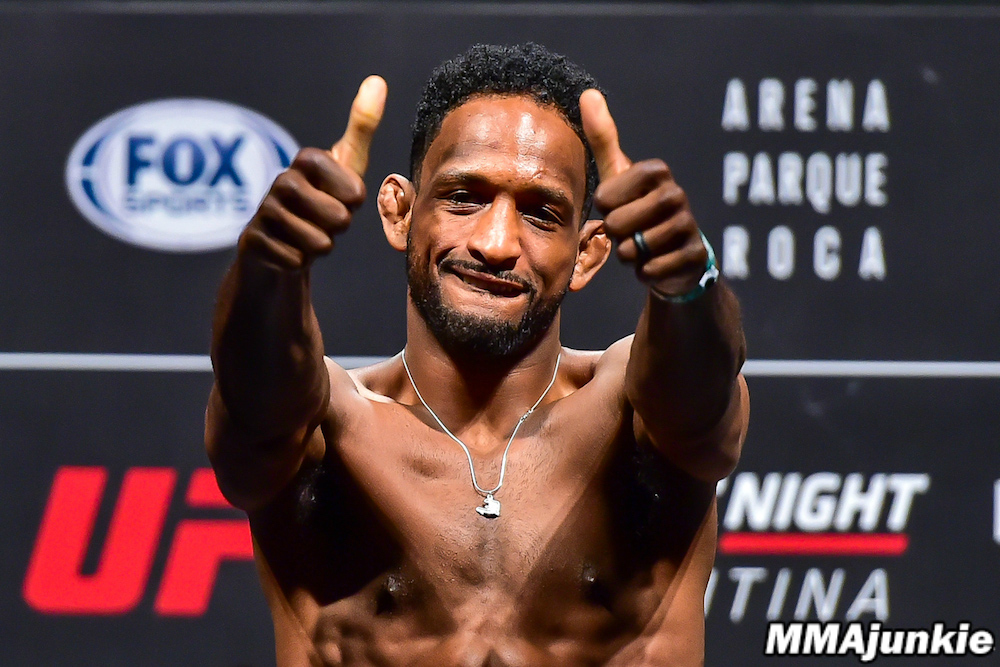