This week saw the exciting news that Formula 1 could see its first new team entry for several years. This is because plans are underway for the Monaco F1 Racing Team to join the racing line-up.

The Monaco F1 Racing Team project has been put together by the Monaco-based company Monaco Increase Management. This is the firm that is owned by Salvatore Gandolfo – a businessman who has founded international companies in the high-tech, medical and motorsport industries. Galdolfo has previously been known for his efforts to introduce a new Spanish team in 2019.

It’s perfect timing for the Monaco F1 Racing Team to make its bid to join the Formula 1 grid. This is because there have been suggestions that F1 organisers might be willing to waive the $200 million fee that’s normally required for new teams to enter the competition. Plus the team would have been able to take advantage of the recently introduced budget cap as well the huge changes to the technical regulations

For a time it looked like the current Covid-19 pandemic could frustrate plans for the introduction of the Monaco F1 Racing Team. However, Gandolfo has stated that his initial plan to bring the team into F1 in 2021 still stands, although it might depend on whether the joining fee could be waived.

The fee was originally introduced to maintain the value of the 10 franchises currently operating in Formula 1. Plus past introductions of new teams such as USF1 haven’t gone to plan and the fee has been praised by key figures such as Mercedes team boss Toto Wolff.

But with the F1 CEO Stefano Domenicali making it clear that he might be willing to waive the fee, Gandolfo has said that the Monaco F1 Racing Team is ‘ready to take the necessary steps in order to have our application finalised’.

The last time that a new team joined Formula 1 was when the Haas team was introduced in 2016. The Haas team ended the F1 season second-bottom of the Constructors’ Championship with just three points. If the Monaco F1 Racing Team are willing to join the sport, they must somehow try and introduce a team that can stay competitive. This is because most motor racing fans will be unwilling to use even the best Formula 1 sports betting bonus on a team that has little in the way of a proven track record.

Gandolfo has been keen to gather together some of the most innovative thinkers in motor racing behind his Monaco F1 Racing Team project. In particular it’s the fact that the Monaco F1 Racing Team will benefit from the experience of Daniele Audetto that could be the project’s greatest asset. Audetto was the sporting boss of Ferrari during the Niki Lauda era, plus he gained plenty of experience during his time of being the managing director of Super Aguri. 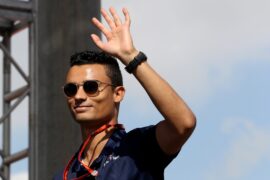 In terms of the actual driving talent, Gandalfo has hinted at a couple of interesting propositions. One of these would be the reintroduction of Pascal Wehrlein to Formula 1 racing. The 26-year old is currently driving for the Porsche Formula E team, but had previously raced in Formula 1 for Manor and Sauber. Although Wehrlein managed to pick up five points and beat his teammate Marcus Ericsson in many races in the 2017, he found that Sauber failed to renew his contract for the 2018 F1 season. As such, there are many who feel like the German driver is long-overdue a second chance to prove himself in Formula 1.

The other driver being considered by the Monaco F1 Racing Team is Alex Palou. The Spanish driver is currently competing for Chip Ganassi Racing in the IndyCar series. Both drivers are managed by Monaco Increase Management – the management team founded by Gandolfo in 2018.

So what’s standing in the way of the Monaco F1 Racing Team coming to the sport? Formula 1 sporting boss Ross Brawn has said that any new team may have to wait until 2022 to join the action. Plus the FIA president Jean Todt has gone on record as saying that none of the current teams applying to join the F1 grid were serious enough.

This is despite Monaco Increase Management saying that it had enough funds to make its F1 project a reality. Ultimately it all comes down to whether Formula 1 would be willing to waive the $200 million entry fee for new teams. If that does happen, then there’s every chance that the Monaco F1 Racing Team could be coming to the grid very soon.