Even as the ongoing COVID-19 pandemic complicates the running of the 2021 Formula 1 season, officials remain confident of delivering a record-length calendar. But with concerns over a 23-race schedule, talk of rotating events in the future has swirled. LUKE SMITH looks at how F1 could make this work

Although changes have already been forced to the 23-race schedule that was initially announced in November, F1 is exploring options to keep the calendar at full capacity.

The postponed Australian Grand Prix has been shifted to November, with the subsequent move of Brazil creating three triple-headers – something F1 vowed after 2018 never to do again – in the space of 11 weeks, flaring concerns for teams about the impact it would have on personnel.

New F1 president and CEO Stefano Domenicali is acutely aware of the problems caused by such a congested calendar. Although he has urged the need for flexibility as F1 navigates through the choppy waters caused by the pandemic, he offered some thoughts last month about what form future schedules may take.

“There could be two positions on that respect. Someone can say there are too many, some others that it is not a problem.

“I would say that this equation will solve itself by the fact that if we are able to deliver an incredible product, we may go to a situation where maybe we can go back to a number, a fewer number of races, having maybe the chance of having rotation possibility for certain grand prix, keeping a focus on different areas.”

A rotation system would offer a happy medium for F1. It would allow the series to keep a foothold in certain countries and markets, even without committing to hosting a grand prix there every single year. Instead of being limited by a theoretical 20-race calendar – a figure most deem to be a happy medium – F1 would be able to widen its pool further.

McLaren has been one of the most vocal teams when it comes to the pressures posed by a hectic calendar. Team principal Andreas Seidl repeatedly said last year that triple-headers could not become the norm, while CEO Zak Brown has warned of the toll it would take on his personnel.

In a recent interview with Autosport, Brown set out what he thought a rotating F1 calendar model could look like, focusing on a series of fixed events before adding extras depending on the market.

“In our ideal world, you would do 20 grands prix per year,” Brown said. “Maybe there are 25 markets, and maybe 15 of those are fixed events, because there is a commercial reality of this sport. You do have to balance all of the various interests, and we do need to get the sport to add up.

“We know some grands prix tail off over time, and so actually if you didn’t make it an annual thing, but every two years, would some of those grands prix be actually more sustainable because you don’t have the burn-out?” Zak Brown

“I’d like to see there be a day where we’re in 25 markets, 15 core grands prix, and 10 other races – five of them are one year, and then five the next year. You might create more sustainable venues in some of those instances because people will go, ‘oh, it’s only around every two years, so I don’t want to miss it next year’.”

It would be a vastly new approach to F1 – or, indeed, any motorsport series – scheduling, but could it be the answer moving forward?

The necessity for bigger calendars is driven by the hosting fees paid by all races (bar Monaco). The more races there are, the more fees are brought in, therefore creating more revenue that then results in bigger prize money pay-outs to the teams. Everyone gets a larger slice of the pie. 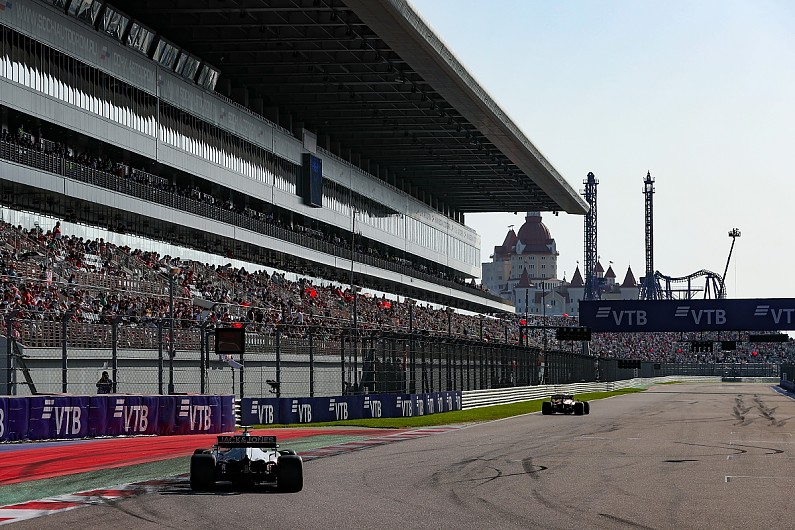 But there has been a fear for some time that by adding more and more races to the calendar, F1 could actually be diluting the calendar, making it less valuable for promoters. In 12 years, a race may have gone from being 1 in 17 (2009) to 1 in 23. Simple maths points to a drop in basic value.

“If you look at NFL, there are 16 regular season games, and three or four play-offs,” Brown pointed out. “The Olympics is massively popular – that’s every four years, as is the World Cup.

“We know some grands prix tail off over time, and so actually if you didn’t make it an annual thing, but every two years, would some of those grands prix be actually more sustainable because you don’t have the burn-out?”

That kind of rotation has been present in previous years. The German Grand Prix flipped between Hockenheim and the Nurburgring between 2008 and 2014. The Nurburgring then dropped out, citing high costs, leaving Hockenheim to only host the race every other year. The British Grand Prix also alternated between Brands Hatch and Silverstone between 1963 and 1986.

As races jumped at the opportunity to join the heavily-altered 2020 calendar under a vastly different hosting deal to the past, all of them made noises about wanting to become permanent fixtures. Imola is already confirmed to be returning this year, while Portimao is also in line to join. Should more events hit the troubles they did last year, then to see Turkey and the Nurburgring back on would hardly be a surprise.

But when the calendar can revert to its more regular functionality, how would F1 accommodate for all of these events? Again, that is where rotation comes in.

So what could Brown’s suggested model look like? Let’s take his idea of a 20-race season, featuring 15 permanent races and adding five per year from a pool of 10 races that rotate. 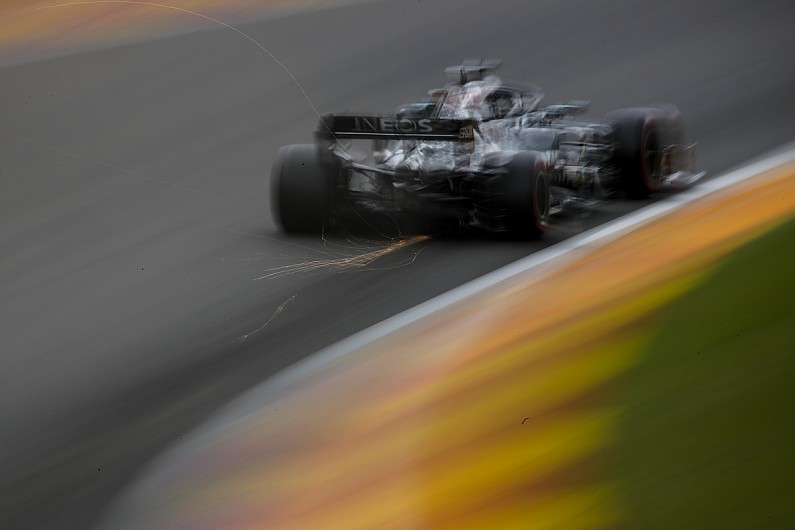 Of the 15 races, F1 would need to strike a balance between its historic, heritage races that help make the series what it is, and the lucrative hosting fees offered by newer venues.

You would naturally see tracks such as Silverstone and Monza on the fixed schedule, but it would also be wise to include the likes of Abu Dhabi and Saudi Arabia for their hosting fee value, as well as noting important markets such as the United States and China.

Deciding on what races are on rotation would largely come down to discussions with promoters. Some may baulk at the idea of not having a race every single season; others might embrace it. That would help set the value of the hosting fees that are involved and define the market. The more interest there is to be a fixed event, the higher the fees would be, in theory.

“If you were to rotate them, there could be some of that newness every time we do it. I’m completely for that one. I like change, if you’re always doing the same thing, you always know the outcome of it” Gunther Steiner

One of the challenges for F1 would come in attracting new races, particularly in emerging markets that may want a long-term commitment to secure government funding. But it could perhaps be conditional: a deal may state something like five races in a 10-year period, with the fee falling in line with this.

Below is an idea – and one must stress, merely the opinion and thoughts of this writer – of what that kind of split might look like. There are 15 fixed events that appear on every calendar, plus 10 that are then on rotation. 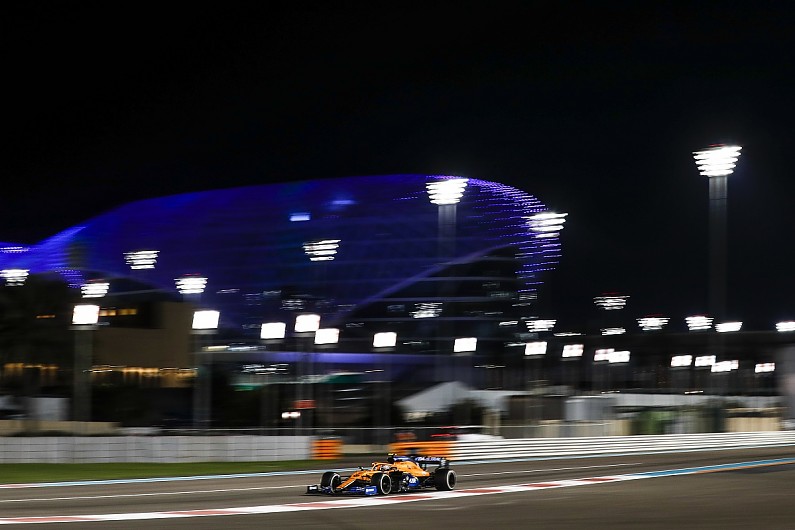 The fixed events list offers a mix of F1’s traditional heartland races plus some of its important emerging markets. It also ensures F1 races on all of the continents it is currently on.

On the rotating events list, there are some races which do pay large hosting fees, but they may be able to rotate in groupings. Azerbaijan and Russia could be paired on location, taking it in turns. So could a second race in the United States – something Domenicali is keen on – and Canada.

Belgium and the Netherlands are also closely-matched, as would Spain and Portugal. Germany previously ran on an alternating deal, running every other year from 2014 to 2018 before Mercedes stepped in to run the race in 2019, so rotating status would be appealing.

But immediately there are issues. At a time when F1 is trying to capitalise on heightened Dutch interest thanks to Max Verstappen’s success, would it really only stage a race at Zandvoort every other year? The same is true for Spain, particularly at a time when Carlos Sainz Jr is racing for Ferrari and Fernando Alonso has made his comeback. And can F1 really consider itself to uphold heritage races as permanents if Spa is not part of that list?

The rotating event list also has some huge omissions if it is limited to just 10. Istanbul Park, Mugello and Imola do not feature, nor do Asian events such as Malaysia or Vietnam. There is also no African race, something F1 is keen to try and get on the calendar in the future. The need for flexibility in the schedule to capitalise on opportunities that emerge might make it difficult to pull a rotating calendar off.

But as F1 looks to offset a slight drop in races by higher hosting fees, the greater exclusivity offered by a 20-race calendar would surely be of interest. Say a race such as the Russian Grand Prix was adamant it had to be a fixed event, then that would drive up the price to make it happen.

Fallow years may also help avoid events burning out, as Brown said. Fans may be more inclined to snap up tickets for a race if it only comes every other season. “Wait, F1 is back in town? Let’s definitely go, as it won’t be here next year.” 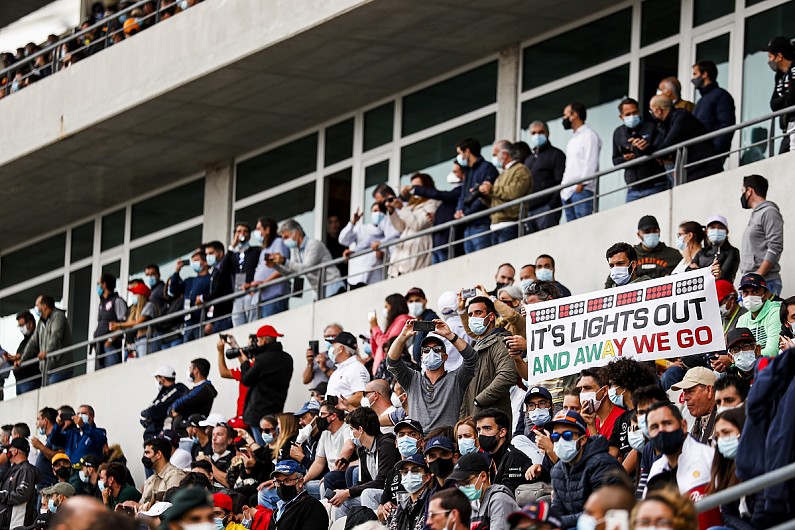 There is also the additional on-track challenge it could pose. Teams relished the chance to get stuck into new tracks such as Imola, Mugello and Istanbul Park last year as they had no data to work off, leaving them at zero.

“If you were to rotate them, there could be some of that newness every time we do it,” Haas F1 boss Gunther Steiner said last year. “I’m completely for that one. I like change, if you’re always doing the same thing, you always know the outcome of it – it’s much more predictable when you do more of the same.”

A rotating calendar would require a complete rethink of F1’s existing race hosting model, and is tricky to pre-empt amid the ongoing pandemic.

But as the series weighs up the trade-off between the riches of a big calendar and the human cost, it could be the solution. 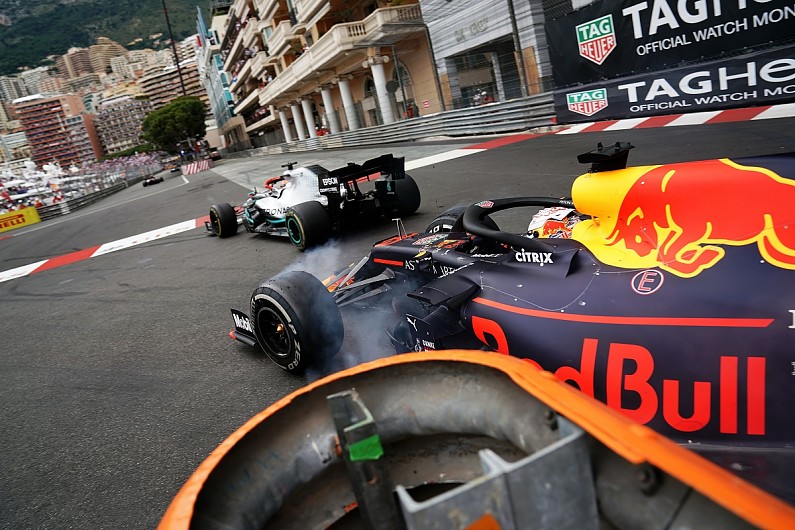